Co-curator Edouard Reboll talks about the concept of the show.

More than twenty Miami-based artists, writers and architects will get together at CEE Miami this June for a multidisciplinary project called Miami: City - Metaphor. At CEE, visitors will have the opportunity to see an interesting mix of works inspired by the trepidant pace of the city, in an interesting mix of emerging, mid career and established artists that are currently living and working away from the “Miami mainstream”, - mostly dominated by Miami natives. Many of the artists selected come from different places but they have one common denominator: they have stayed to live and work in Miami, and many of them have contributed a great deal to what we can experience today as a paradise for the arts. But more than a group show with “la città” as the main theme, this project is also intended to function as an open forum for discussion on subjects around the arts in the city, its history, architecture and urbanism, making it relevant not only to artists, but to any resident in the community.
...
Organized by Eduard Reboll and Jesús Rosado, with the direction of Grupo Este / Oeste (East / West) spearheaded by Alfredo Triff and Rosie Inguanzo, Miami: City - Metaphor includes a group show, roundtables, conferences and poetry readings. Among visual artists invited to exhibit their Miami-thematic works are Ana Ochoa, Arturo Cuenca, Avraham Zúñiga, Carlos de Villasante, César Trasobares, Ernesto Restrepo, Francis Ferrara, Gory, Gustavo Acosta, Juan Si González, Joaquín González, John Sánchez, Karla Turcios, Lili(ana), María Adelaida López, Mariano Costa Peuser, Mariu Beyro, Odalis Valdivieso, Pancho Luna, Pedro Portal, Pedro Vizcaíno, Rebeca Guarda, Vicenta Casañ and Zayra Mo. 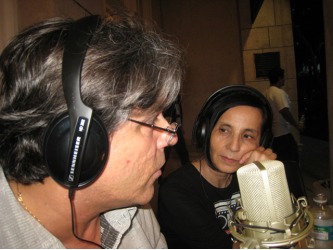 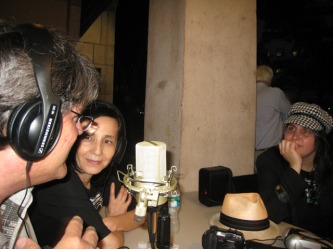